All Collections
New Updates to Streamtime
Using Purchase Orders? What you need to know about our latest release

Using Purchase Orders? What you need to know about our latest release

In order to support our new expense statuses, we've migrated some of your existing data.

Written by Sarah Nguyen
Updated over a week ago

This article is written specifically for customers who use Purchase Orders. If you don't, don't worry: nothing to see here.

We have migrated all Purchase Orders with a status of Draft and Sent to a new status of Approved in our latest release. In order to improve the way expenses and POs worked, we needed to make a migration decision.

There were two options, one, retain the Draft status, but the Total on the job would change, as Draft POs would no longer be included in Used figures. Two, change the status of all Draft POs to Approved so that calculations would be retained. Either way, we needed to change some user data — doing nothing was not an option (just ask Rishi Sunak). We opted to update the status because we felt the better option was to retain the numbers logged to the job. Important note: If you are connected to Xero, any Draft Purchase Orders that had been sent to Xero, and were still Draft in Xero, retained their status.

Nice! But what happened to the Sent status of a Purchase Order?

Consolidating the statuses for Expenses and Purchase Orders meant that POs with a previous status of Sent have been migrated to Approved. Your filters will update, and if you have any saved segments, those with the filter of 'Sent' will now be updated to have a filter of 'Approved'. Do not fear though — you can now add a separate filter of Sent to Contact to find the POs that have or haven't been sent, and display columns showing Sent By and Sent Date.

I want to revert some of the Approved POs back to Draft! How do I find the ones that were Draft before?

Simple — set up a few filters and off you go. On the Expenses List, filter:

Once that's done, you can select them all, and batch update their status 😎 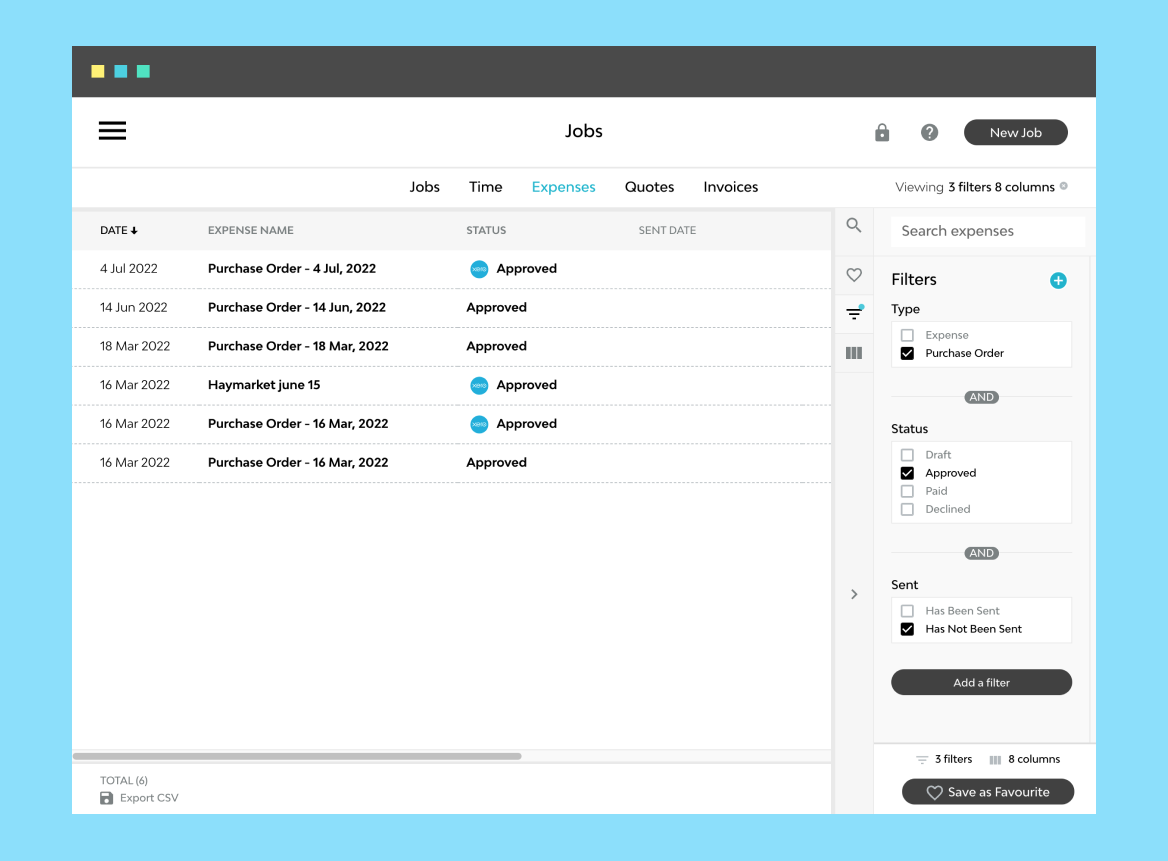 I had a saved Favourite that was set up to show me all the POs I'd sent to my accounting package. It's not returning anything. Help!

As part of the migration, the status of 'Sent to Xero' no longer exists — because you'll now see the Streamtime status in the list. You'll also be able to pull the status from Xero for Expenses and POs sent to an accounting package, so this actually provides more visibility for you. You're welcome!

We do get though that sometimes you want to see what has and hasn't been sent to your accounting platform, so there is yet another filter you can use for this. Simply filter by the new Sent to Accounting Package filter and you'll see the filtered list. 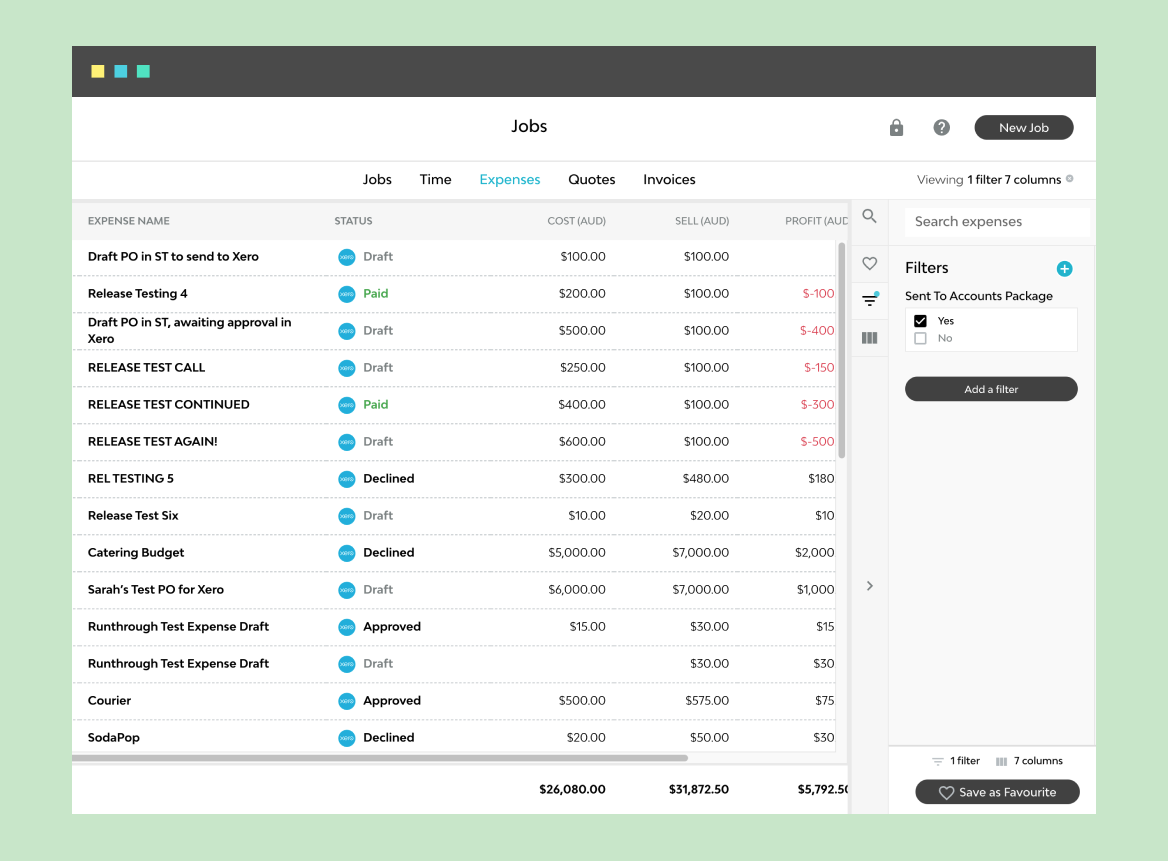 Hmm, some of my Draft Purchase Orders weren't migrated to Approved. Why?

When we migrated Purchase Order statuses, we pulled through any current Xero status for those POs that had already been sent to Xero. That means that Purchase Orders that were Draft in Xero retained that status, so that we retained consistency between the two platforms. It's an easy update if you'd like to Approve those POs, however: batch change status by simply selecting them from the Expenses list through the checkbox and using the 3-dot menu in the footer to change status of multiple POs at once.