Groundwork for a major feature release, expense improvements and an addition to master expense items to improve efficiency.

Written by Michael O'Riley
Updated over a week ago 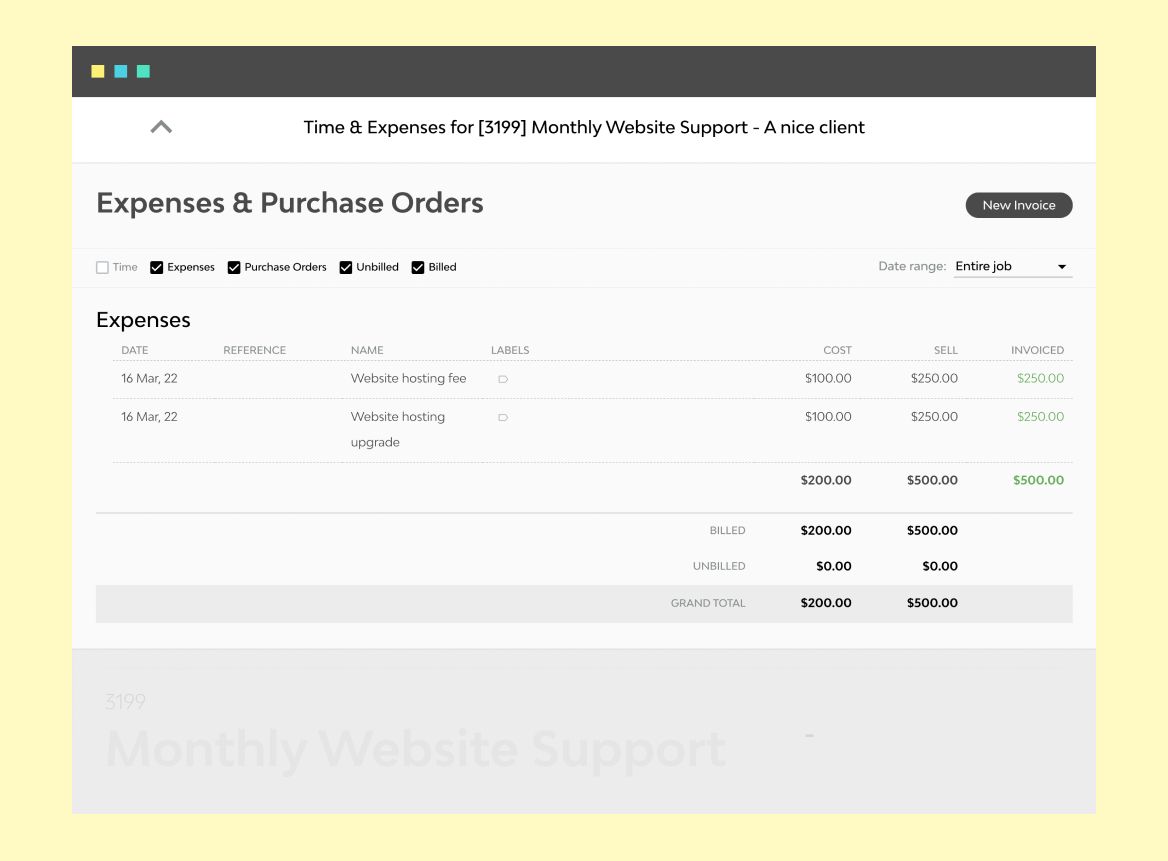 Merging these line items on the invoice, will still display both expenses as fully billed separately, where previously the entire invoiced amount would display on one of the expenses.

NB. Editing the merged invoice line item total from $500 to $1500 will not display the additional $1000 against either expense on the job. It will however be displayed in the invoice wizard totals should you create a new invoice for that job (below image #2). 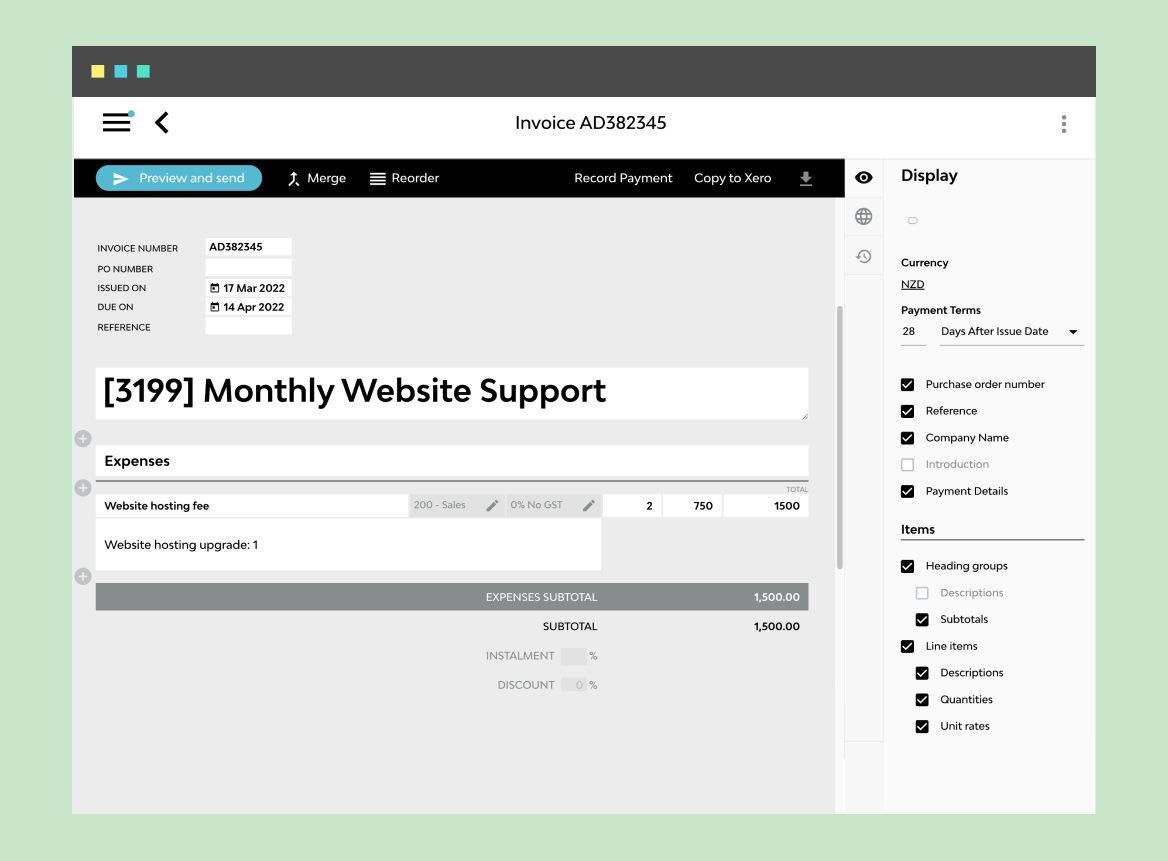 'Previously Invoiced' figure below includes any manual changes made to existing invoice totals. 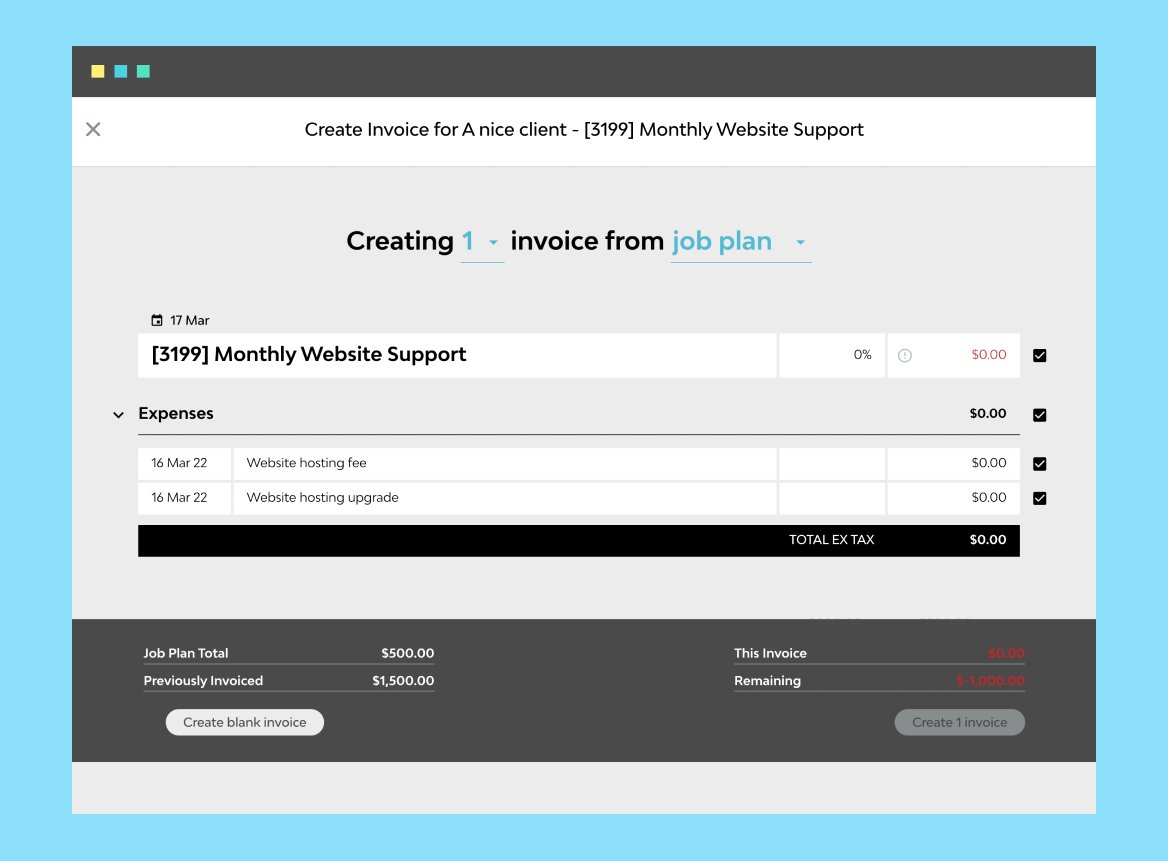